Let me back up.

So, many of you don't pencil with graphite pencil that requires erasing afterwards. Many of you use blue pencil, or red, or whatever. Because we have scanners now you can use just about any color you want to. Well anyway, one gripe many have with colored pencils and colored mechanical pencil leads is that if you DO want to erase them, they don't erase well, if at all. The reason is the wax binder they use. You can buy the fabulous Prismacolor Col-Erase pencils, but if you're like me and you both loath pencils and prefer lead holders, you're SOL because they don't sell just the leads, they only sell pencils.

Well you know me, that just wasn't going to do at all. So my first thought was, I'll just split the pencil open, carefully remove the lead, and put it into my lead holder. Well, getting it split open worked great... 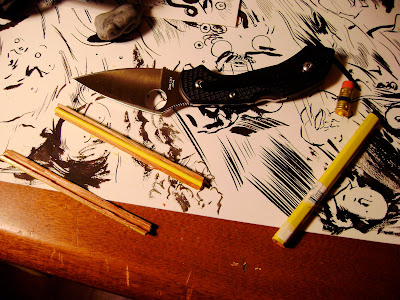 ...and then I found out the lead inside is 3mm wide and my lead holder is 2mm. Wouldn't fit. And there aren't a lot of 3mm lead holders on the market. So, I put out the call to see if anyone had one to spare. No one wrote back for a bit with what I needed, so I bought this one on Amazon, which is still on it's way. But in the meantime, Comic Tools reader Alberto dug up one of his Grafitti 3mm lead holders, and graciously sent it along to me, along with a ton of other goodies. Look at this load! 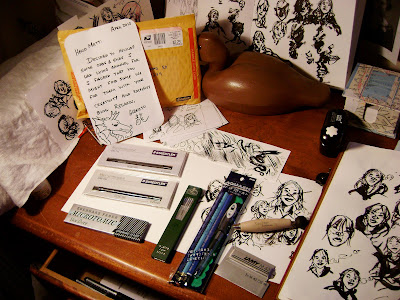 Included in the package was, appropriately, a non-photo blue pencil, 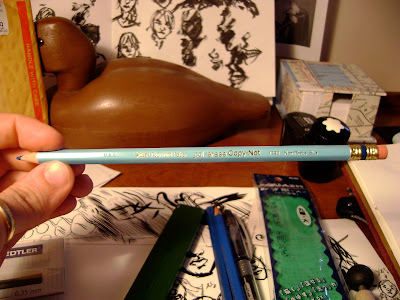 a whole bunch of leads in various unusual packages, including this flippy door one, 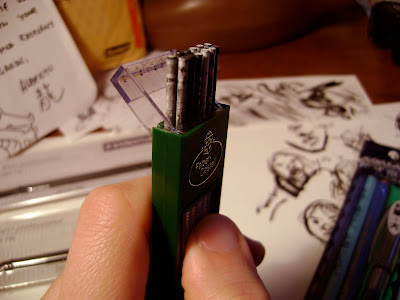 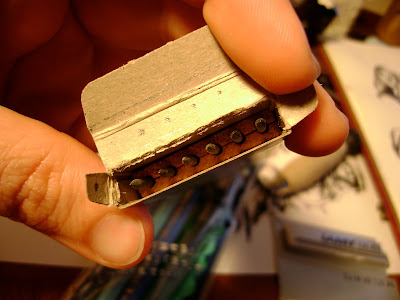 and this very unusual pack of short leads in what I can only describe as a cardboard blister packet: 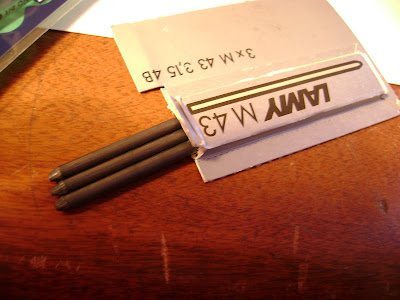 He also sent the replacement guts for two sizes of Staedtler Marker. 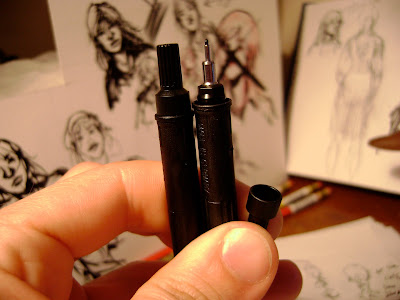 So here is the extracted lead, and the pencil to fit it: 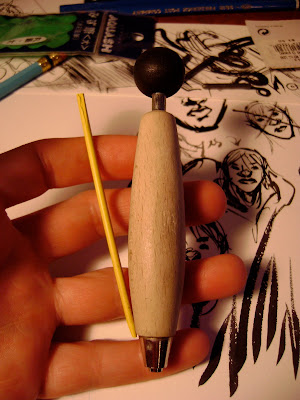 And here they are together. Exactly what I wanted! 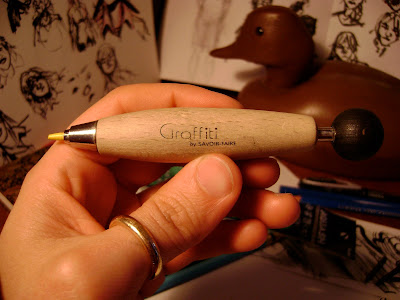 So what I'm gonna do next week is review the two lead holders against one another, since they're actually still both for sale, and see which comes out on top.

In the meantime, my great thanks to Alberto, you are too generous!

Oh, and it looks like someone tipped Jesse off about my attempt at fundraising for his podcasts. Thanks, whoever! See you next week!
Posted by Comic Tools at 10:35 PM

Hey I've been reading this site for a while for tips on what to buy and what products work best, and I wanna say:

Great work. I enjoy this blog on a ridiculously consistent basis. I love observing process, and it helps me grow as an artist immensely.

Just thought I'd throw out my appreciation.

Thanks! You're quite welcome.

Hey, I tried that the other day too! I searched the whole damn internet for a 2mm pencil lead that was equivalent to col-erase, and I came to the same conclusion you did: they don't exist. Col-erases almost died themselves a few years back, the company producing them cut all but a few colors from their lineup, until the brand was bought by Prismacolor.

I recommend trying the Pilot Color Eno soft blue pencil leads (0.7mm), I;ve found those are easily erased (I use a Cretacolor Monolith-line eraser, but I don't think it has special properties. there are other colour leads as well, but I've only ever had the soft blue ones. they're available on Jetpens.com

I can back-up that recommendation for the Pilot Color Eno soft blue. I got hooked on the col-erase pencils while working in animation, but started to look for something that wasn't so hard and waxy. The Pilot leads have a softness that makes them pleasurable to sketch with and they erase beautifully. Aside from Jetpens, you may find a supplier on ebay.

Stay away from the Uni color leads if you're the least bit ham-fisted like me. They snap repeatedly.

Looking forward to your review on the Graffiti lead holder. Keep swingin'.