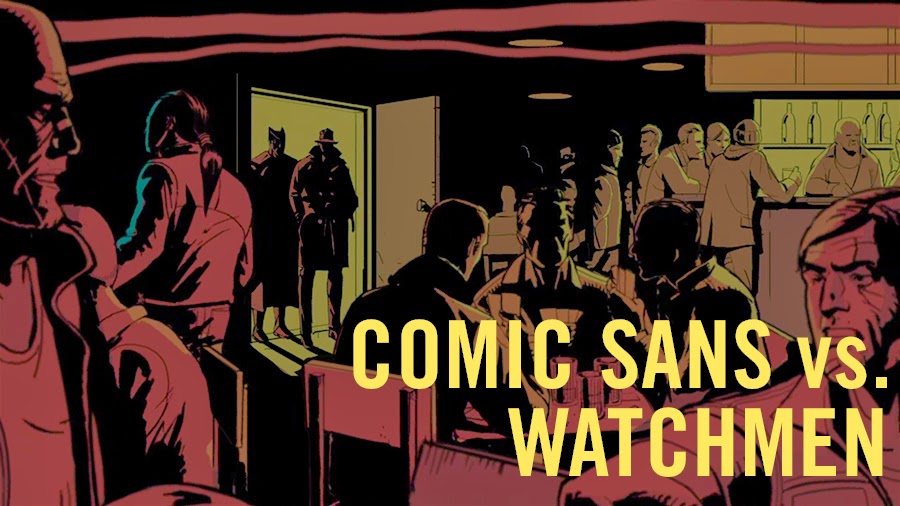 Or: what a difference good lettering makes.

The web is having fits this week because a designer named Craig Royznski decided to make an updated version of Comic Sans called Comic Neue. At this point, hating Comic Sans has become as tiresome as using Comic Sans. I think the new version is an improvement, but even though he has made it available for free, it won't solve the main problem with comic sans- namely, all the less-than-tech-savvy people who see it in a drop down menu in whichever office program came with their computer and pick it simply because it's there.

Anyway,  it got me thinking about the original Comic Sans, which was based (rather loosely) on the lettering in the Dark Knight Returns and Watchmen. Curious, I decided to swap the lettering in a random panel from Watchmen, and see how both comic sans, and its newly made-over counterpart stood up to the original. 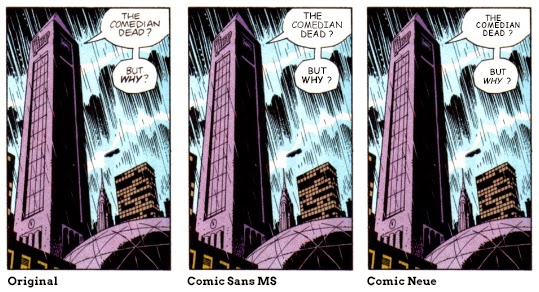 Even though Comic Neue looks much cleaner as a font for fliers and documents, it looks completely lifeless on a comics page. Re-designing comic sans was a PR coup for Mr. Royznski, but it has even less to do with actual comic lettering than the original.

Here is a comic sans comparison in a slightly larger panel: 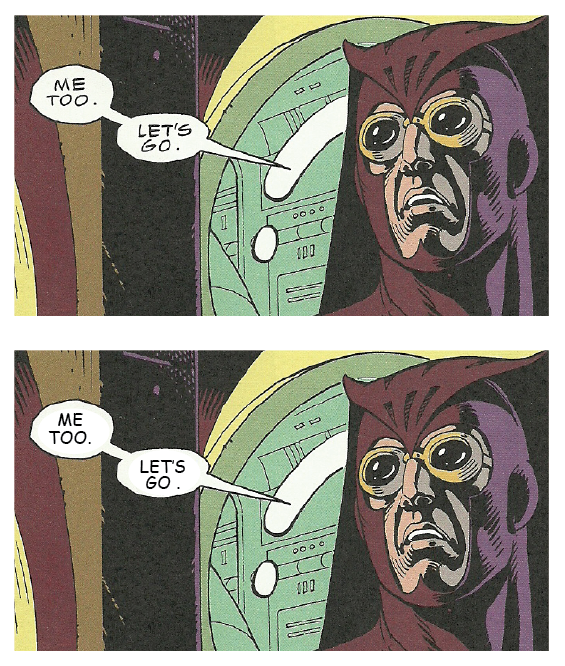 The original lettering has a more distinct slant, which gives it movement that the packaged font lacks. When you layer them on top of each other, you can see just how subtle the difference is. 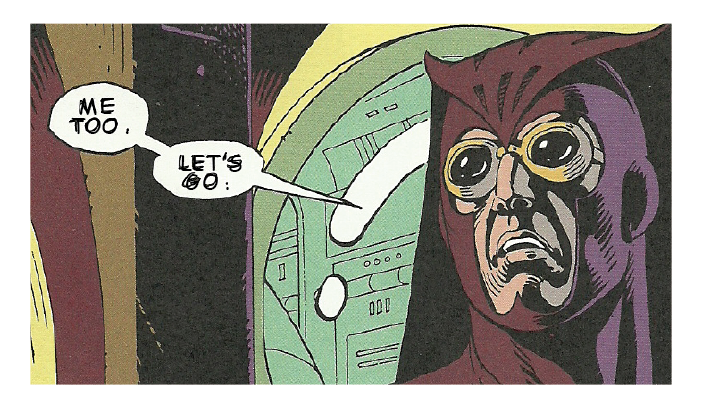 So download Comic Neue for your Grandmother, buy your lettering fonts at Blambot, and go read this amazing interview with Dave Gibbons.