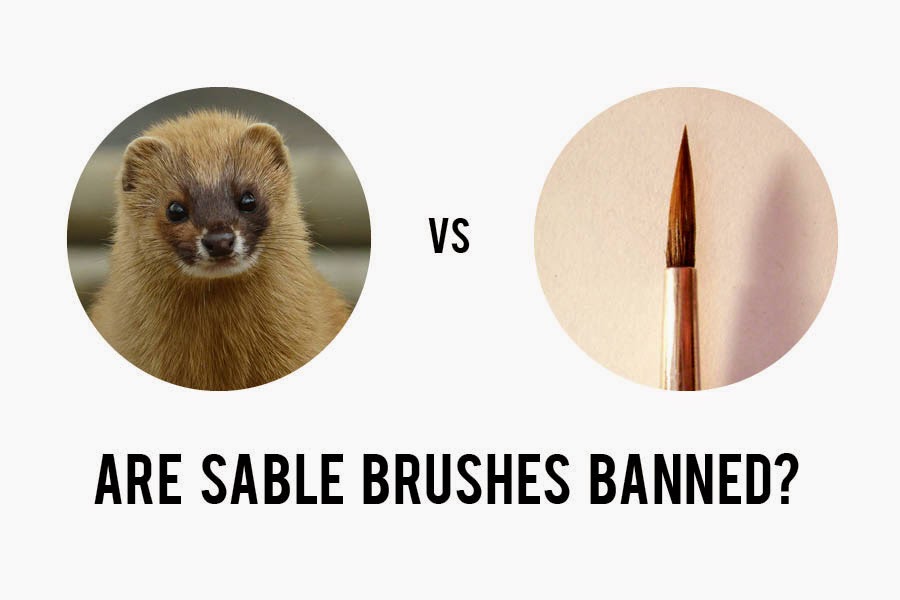 Kolinsky sable paintbrushes, a favorite of many comics artists, have recently become difficult to obtain in the U.S. due to a mysterious import ban. But what's really going on here? And is artists' hunger for sweet, springy sable brushes sending these adorable weasels the way of the dodo?

In a word, no—but the actual answer is more complicated than that. I pored over pages and pages of confusing legalese to try and get to the bottom of it, and here's what I've found so far: 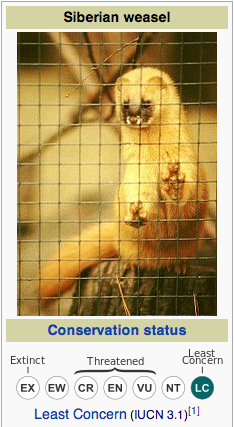 Kolinsky sable brushes are made from the tail of the Siberian weasel, also known as the kolinsky or kolonok, which is a ferret-sized mammal from the weasel family. A quick glance at Wikipedia and a few other sites indicates that the Siberian weasel isn't endangered, and is even considered a pest in some areas. So why ban the brushes?

All U.S. trade in products made with animal or plant materials gathered from the wild are regulated by an organization called Convention on International Trade in Endangered Species of Wild Fauna and Flora (an awkward mouthful, hereafter known as CITES). This is an international trade treaty with a very wide reach whose "aim is to ensure that international trade in specimens of wild animals and plants does not threaten the survival of the species in the wild." (Wikipedia)

From the U.S.Fish and Wildlife Service:

"The backbone of CITES is the permit system that facilitates international cooperation in conservation and trade monitoring. Permits are issued only if a country’s Management and Scientific Authorities (in the case of the United States, the U.S. Fish & Wildlife Service) determine that trade is legal and does not threaten the species’ survival in the wild. The use of standardized permit forms, allows inspection officials at ports of export and import to quickly verify that CITES specimens are properly documented. They also facilitate the collection of species-specific trade data, which are used in the creation of annual reports. These data are used to determine trends in trade and ensure that trade in wildlife is sustainable. This trade monitoring has created a substantial body of information on the management and use of CITES species worldwide."

CITES certificates are needed at every import, export, and re-export point; so if your brush is made by artisans in Italy using weasel fur from China, then both the Chinese fur supplier and the Italian brush company will need CITES certificates to confirm that the materials used were collected in an appropriate manner.

Siberian weasels are one of the 35,000 species of animals and plants covered by CITES regulations, and recently, several shipments of Siberian weasel hair were exported to Europe with invalid documents. So countries that received these shipments are now unable to issue valid CITES re-export certificates for brushes manufactured with materials from these specific shipments, and so these items cannot be lawfully imported into the U.S....

…and I am betting that once this illegal weasel fur made its way into the supply chain, there was no way to tell which brushes may have been made with it, which has caused huge headaches for the companies effected.

According to a series of emails from Windsor and Newton published on Arcane Paint Works (from which much of this information was gathered), "the CITES Management Authority in China is working to ensure that shipments of Siberian weasel hair are accompanied by valid CITES documents in the future."

Who knows how long that will take? But if all of this information is correct, the shortage should be short term. The population of Siberian weasels is currently quite robust, and organizations like CITES exist to keep it that way.

Human hands are better somewhere else other than a weasel's tail. Just imagine awesome future brushes made of human ass hairs, especially newborn.

It hurts, doesn't it?

It seems to me that harvesting excess newborn ass hair would be a relief to the mothers who have to clean their asses. And to answer your question, yes, it hurts a little to think about.

Thanks for taking the time to write all this out so succinctly. I've been experiencing this sable shortage since it started around the start of the year. Whenever I find a store with either Series 7 or the Raphael brushes that I like, I've been buying and hoarding them because I don't know when they'll be available again.