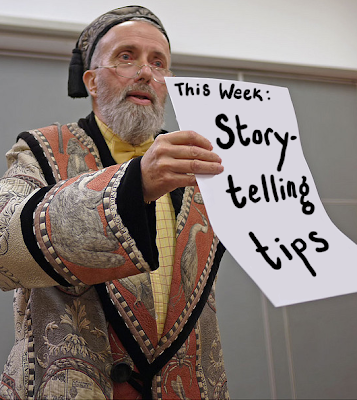 For those of you who don't get the little joke in the image above and are wondering who this guy is, read about Taffy Thomas here.

A lot of the links this week concern people who are using well known and beloved characters and stories to make their art. When it goes wrong, it's especially galling because it feels to fans like an offense to things they care about in a very personal way. Often failure or success depends on the artist being perceptive enough to know that makes these characters and stories interesting in the first place, and even more broadly to know what makes anything interesting at all.

I really enjoyed this essay by David Brothers of Comics Alliance on how wanton, indiscriminate salaciousness can totally kill sexiness in comics, using the example of two artists currently drawing the New 52 Wonder Woman. I'm explicitly, almost extremely unopposed to sex and nudity in comics. For example, this is one of my current favorite comics. And I sing the praises of the artist of Oglaf as drawing the best cocks in comics. The argument here isn't about modesty, it's about what enhances and detracts from character. It' a concept DC doesn't understand, as many of you are keenly aware. I know many of you love the women whose characters seem so lively and vibrant and flawed and interesting in the various animated series must cry bitter tears that in comic form they are all of them reduced to this:

And it's not accidental. I'm privy to conversations amongst my cartoonist friends, and I can tell you that as editor Jim Lee has literally been telling artists working on female characters "More t&a, more crotch shots." And he's not unique in that regard, though that doesn't excuse him. Some frustrated artists fight the good fight, delivering DC better than they deserve, but not as good as they could. Others deliver sub-mental garbage offensive to the human race.

Some creators are limited by others, and some creators destroy their own work. All of you knew I was segueing into George Lucas, didn't you? Have you all see the fantastic, almost movie-length reviews of the Star Wars films (and others) by Mr. Plinkett? If you can get past the schtick, which I find wearying, they're the best, point-by-point essays evaluating what does and does not make films work and make sense that I've ever seen. A TON of editing and hard work clearly goes into them, and they're a rich resource. What I want to talk about is a question asked in the first video on this page. He asks people to describe characters from the original trilogy without referring to their job or their appearance, using only personality traits. Then he does the same for characters from the prequels. There are so many insights in these reviews about effective visual storytelling, motivations, having a coherent theme...but this point is the most devastating critique of the prequels. Star Wars could have sucked, and did in many ways, but succeeded because the characters were clear and engaging. In the Prequels, no one is a character.

This has been making the rounds with good reason: Faith Erin Hicks schools us all on what to do, and what NOT to do, adapting a written story to comics. With five pages of comics adapting a passage from The Hunger Games, and five pages of her current project, which adapts another prose novel.

Maris Wicks demonstrates her process for turning ideas into script into comics, with pikchurs!

Jess Abel and Matt Madden will be coming out with the sequel to their comics textbook Drawing Words and Writing Pictures, Mastering Comics!

Finally, this has nothing to do with this week's theme, but you know how much I love showing process art, so here's Aaron Renier showing how he did his watercolors on a separate layer for a recent project.
Posted by Comic Tools at 1:08 PM

I'm loving this blog. Even though every time I look deeper i find stuff I'm still doing wrong! :)