Saturday night's all right for Comic Tools, and fighting. 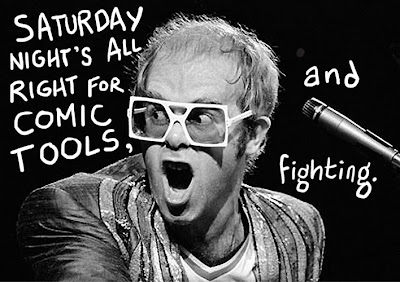 So, for awhile now since my return I've been posting whenever, but mostly on Tuesdays or Wednesdays, which were my most common days off at the art store I just quit. But the blog does in fact say updated every Saturday, and I love having weekend treats like the sexy webcomic Oglaf to look forward to, so I'm resuming Saturday posts. In the meantime, comic journalist Sarah Glidden posted about a really hilarious pen nib she found, and since it really doesn't go with any subjects I have lined up to post about, here it is:

"I found these Eiffel Tower nibs buried in a box of junk at a flea market in Italy and bought a bunch as little gifts for people...but then I actually tried it and it turns out to be the one of the best nibs I've ever used. Go figure." 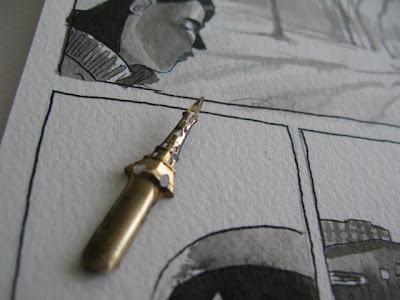