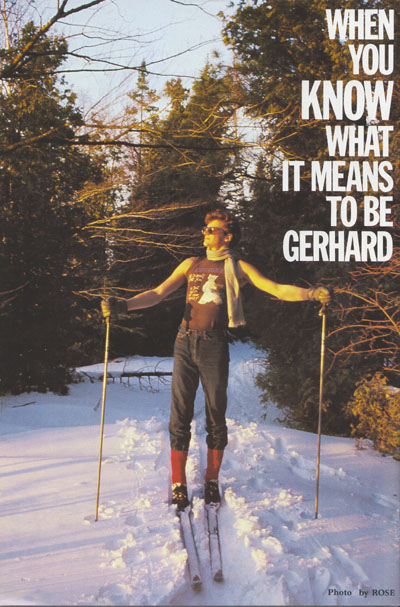 Sean Michael Robinson at The Comics Journal did an exhaustive interview with Gerhard, Dave Sim's background artist on Cerebus. It's a must read for every cartoonist who cares about technique, as the Robinson asks Gerhard about specific pages throughout the comic's decades-long run, with Gerhard talking about everything from his preference to toothbrushes over airbrushes for snow effects to showing photos of the models he built ho help him draw rows of houses on slanted streets.

Gerhard with his models. 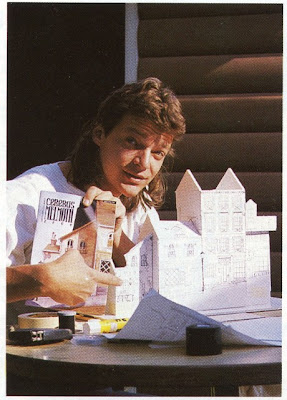 Gerhard is one of the best draftsman in the last 50 years of comics, and this interview is one of the richest resources I've ever had a chance to bring to your attention. Read, and watch as a man grows from a talented amateur into a true virtuoso, sharing his secrets with us.

A floor plan to a room in Cerebus. 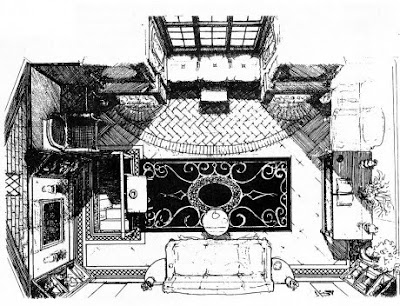 Jesus, I love how loose Guy Davis' pencils are. I always learn something about keeping freedom in my inking looking at them.

Oh, by the way, I'm selling some clothes on Ebay, if anyone's interested:

just discovered your blog and i love it!!! thank you so much!

He produces amazing drawings! Thanks for sharing, because I hadn't heard of him until now. Great blog by the way, don't give up now

The link wasn't working for me when i tried it, but i found a mirror on the same site.

If anyone else had the same problem:

and of course thanks to Matt for finding it.

Miss the Comic Tools posts and hope the lack of updates doesn't mean that you have bad stuff going on in your life.

Dang man. I almost forgot about Comic Tools. I can't wait for a new post!

This blog is just AMAZING. Many, many thanks for all the tricks and tips is very usefull. Should be nice a god entry about paper. Since is very different kind of paper everywhere. For example, which kind of paper use Marvel and dc like standard? its good the paper of blue line? should be a great help. Anyway, maaany thanks for your amazing work!